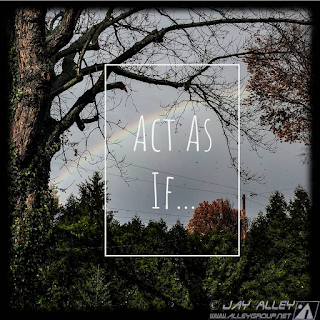 Sometimes it just takes faith and you get what you dream of. Sometimes you just have to act "as if" your plans are going to come to fruition and let the universe know that you believe.


When I use the royal "you" I really mean me as that's what I have to tell myself at times. Once I let the universe know that I believe, then I have to take action as though the outcome has already been determined, like the golden slipper I need to fit has already been made and I am just moving along the stream of life until I find it and slide my foot into it. I have plenty of examples in my life the last 15 years to prove this concept if I look for even a minute, but sometimes I forget to look or I don't understand what I'm seeing, as though my glasses are fogged.

Here it is February of 2020 and my racing assignments for this year are standing at just three events so far. Last year at this time, I was preparing to go to Daytona to shoot the ARCA Menards Series race. I planned on shooting the rest of the season schedule after my lung cancer surgery, plus the Indy 500 and Grand Prix of Indianapolis, so I knew I had 21 race events lined up to work for 2019. It promised to be one of the busiest years I'd ever had as a motorsports photographer, plus I had the added challenge of recovering from surgery, but I did it. I will be turning 63 this year and feeling close to 100% recovered. Now in 2020, it's a whole new ballgame at ARCA as different people are making the hiring decisions for the ARCA events and I have zero assignments booked for ARCA races so far. Maybe that will change, but I am going to act "as if" it will not and try to find some other outlets for my photography. The three races I know I will be doing include two of the biggest races in the world so I really can't complain: the Indy 500 and the 24 Hours of LeMans are the centerpieces of my 2020 motorsports season at this time. Heck I haven't even written a blog post this year prior to now as I was hoping I would have more to report on. 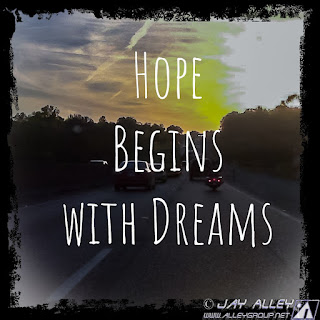 Last June I knew I would be going back to Europe this summer. I just knew. I didn't know how I was going to make it happen but I had faith it would. I knew there was a grant program for teachers through Lilly Endowment that might help make it a reality and even though three prior applications of mine had been rejected, I was confident I could put together a proposal that could get funded. So even before I submitted my application, I made lodging reservations for a couple of locations and pre-paid for one of them. The grant program application deadline was the Tuesday after Labor Day last year and I knew award announcements wouldn't be made until January of this year but I made those moves anyway. I acted "as if" my grant proposal had already been approved when I started making those reservations and I continued to act with faith that I would make it back overseas again.

Now I know that trip is a reality and it will go well beyond just shooting a race. The trip will center on work that will enhance my teaching and be spiritually renewing through the study of French and Greek mathematicians and Greek Revival architecture. I plan to visit locations where historically significant people in those fields worked, studied or created finished products in the physical world. I will create videos that attempt to reinforce the importance of their discoveries and show their ongoing relevance to our daily lives, even now some hundreds or even thousands of years later. I heard the question again yesterday from a student - a question that I will attempt to address through math history at locations where some of its most important ideas had their origins: "When I will I use this in my daily life?"

Once the trip begins in June, there will be no shortage of things to report on here and perhaps between now and then my racing schedule will expand. I don't have any control over that so I will continue to demonstrate faith in action and let the universe decide what comes next. Stay tuned!