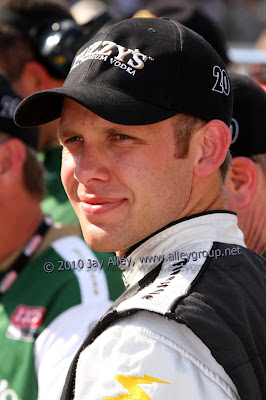 This week the International Motorsports Industry Show opens at the Indiana Convention Center with a sold out exhibit hall and roughly double the interest from 2009. This should not be surprising to those from the Indianapolis area where the automobile and auto racing have been centerpieces of Indianapolis culture and development for over a century. The show’s theme is “Indy Is Racing” for the simple fact that motorsports companies are in abundance in the region and more will surely follow as the Dallara Indycar plant takes roots in Speedway. I will be covering this year’s show for American Motor Journal and will be blogging during the show whenever possible. It should be a dynamic event for the industry and I hope to make a small contribution to the media coverage of this important industry gathering. 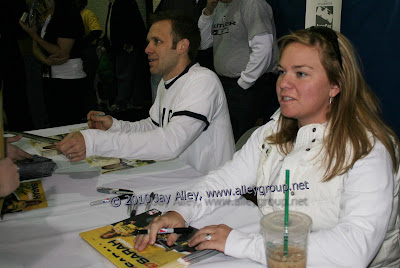 Meanwhile, news in the motorsports community continues to unfold even though all the major racing series have completed their seasons. I tend to specialize in Indycar racing, so that is my normal focus and the IZOD series continues to gain momentum following the recent Dallara factory groundbreaking. Today, Sarah Fisher Racing announced that Ed Carpenter will be piloting the #67 Dollar General machine in 2011 for nine (9) races as Sarah begins her transition out of the cockpit and into team ownership on a full time basis. Seen here signing autographs with Ed before a Butler basketball game, perhaps the Bulldogs will come on board as an associate sponsor to cement Ed and Sarah's Butler connection! In other driver news, Tony Kanaan recently tested with Dragon de Ferran racing so the rumors of an all-Brazilian pairing may be true after all, even though no formal announcement has been made. The FAZZT race team has tested a Chinese driver recently so a two car team for 2011 might be in the offing.
Other recent news includes Lotus jumping into the engine building fray for 2012 so Indycar teams will now have three engine marks from which to choose: Lotus, the recently announced return of GM through its Chevrolet brand, and historical supplier Honda. This will no doubt present additional technical challenges for Indycar inspectors but they have plenty of time to get ready.
For the 2011 schedule, it looks like the Edmonton race is back on again after the City Council voted last week to continue supporting the event, now that expenses with repaving have been ironed out. That is fantastic news for the Indycar series and Canadian fans in particular since the feared hole in the schedule has now been plugged with the confirmation that Edmonton will be held after all. In addition, Firestone ran a tire test at Las Vegas Motor Speedway recently and the finale for the 2011 season appears to be locked in for the weekend of October 16th. No doubt the season ending awards celebration will now also be held in Las Vegas following the race so a good time will surely be had by all. It will also be the last time the current spec Dallara-Honda combo runs and everyone will likely be glad to kiss this workhorse goodbye in anticipation of more technical variety and competition for 2012. 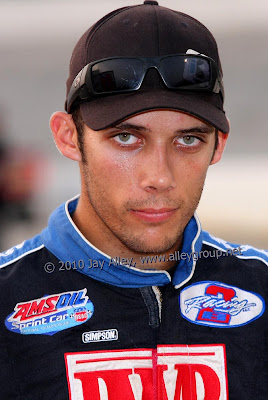 Finally, the Road to Indy deserves mentioning as it too is building momentum. The crowning of the 2010 USAC National Driver’s champion Bryan Clauson of Noblesville, Indiana, has earned him a seat for selected Firestone Indy Lights races in 2011 along with $300,000 from Indycar to help pay those bills. I’ve seen Bryan race many times and it would be hard to find a more deserving guy for this support. Bryan’s first chance to run a Lights race will come on the “big track” at Indy next May in the Freedom 100 held on Carburetion Day, the Friday before the Indy 500. In true short tracker fashion, he will then probably go to O’Reilly Raceway Park the next night and run a USAC midget in the annual “Night Before the 500” event.
That’s it for now. See you at the motorsports show or a racetrack near your home soon, camera in hand.
Posted by Jay Alley at 12:10 PM