ARCA Racing at Salem as Season Title Race Heats Up

I haven't been to a race since the end of July when I worked for ARCA at Lucas Oil Raceway, but that drought is about to be over tomorrow when I head down to Salem Speedway for the fall night race. It will be my 17th straight ARCA race at Salem, a streak which began in the fall of 2006 when I was shooting for the now-defunct American Motor Journal publication which was run by my friend, the late Don Hamilton. I hope to see Don's brother Larry this weekend, but even if he's not there, I know there will be plenty of other friends to see at this great little short track which has recently received a facelift of new asphalt. So I expect the action to be even faster than usual, and the boys in the pits better be ready for some right front tire failures if they don't have their setups correct. Lots of teams have been testing there this week so hopefully that work will translate to the race. ARCA better give them eight tires in the pits for the race, but they might need 12!

This weekend I am not working but I will still be taking some pictures, and shooting night racing is a special challenge since lighting conditions are variable depending on where you are at the track, and I will need to balance higher than usual ISO settings with fill flash to get natural looking photos. I prefer to shoot without flash as much as possible nowadays and just use available light as I think the photos look more natural, a lesson learned from other shooters over the years. Since this will likely be my last race for 2014, I plan to touch base with all my ARCA friends and have some fun shooting without the pressure of meeting deadlines or public relations requirements. Other than the Indianapolis Motor Speedway, there's no track I've been to more than Salem and this is the 96th time ARCA has raced here so it should be a great night. It looks like the weather will cooperate too, although it will be rather cool for this time of year. They don't call it the "Fall Classic" at Salem for no reason so let's hope it lives up to its history and the ARCA gang puts on its usual good show.

The entry list for this race shows 34 cars which is outstanding. Even with a few that will start and park, the top of the ARCA field is always highly competitive and this race will be no different. Mason Mitchell leads Grant Enfinger by only 20 points in the season standings but has only one win compared to six (6) for Enfinger. I expect both to qualify and race well but a DNF for either one will hurt their title hopes with only Kentucky and Kansas races left after Salem. The local favorite will be 10-time ARCA champ Frank Kimmel; his nephew Will Kimmel will be attempting a double duty race day by running the Nationwide race at Chicagoland in the afternoon and then flying to Salem to race ARCA at night. Justin Boston turns 25 today and hopes to add a third win to his season total which would be a nice birthday gift. Last year's Fall Classic winner Kyle Benjamin is back to lead another crew of young drivers hoping to steal the spotlight from the older veterans like Kimmel, Ken Schrader and Tom Hessert, all of whom have won at Salem in the past.

The campers started arriving at Salem earlier this week to stake out their territory and if you haven't been to Salem before then you might not appreciate how big this little race track is for local fans. This has turned into their speedweek with all the testing that has occurred to adapt to the new asphalt. I had one fan a few years ago tell me "he growed up out here" and I knew exactly how he felt, despite the Hoosier-ism of his words. Shooting at Salem and working for ARCA and others the last eight (8) years has helped me grow up as a photographer and I have been truly blessed by the opportunities I've had to pursue my passion for motorsports photography. One of these days, I will have to write a blog post that gives thanks to all the people who have helped me over the years. I am not done shooting racing by any means and you can bet you'll see me at a racetrack near you somewhere down the road. This weekend, that means heading south on I-65 into the hills of southern Indiana to the fast and rugged high banks of Salem Speedway. It's only two hours from Indy so get on down there Saturday and enjoy the show. I know I will. See you at the track! 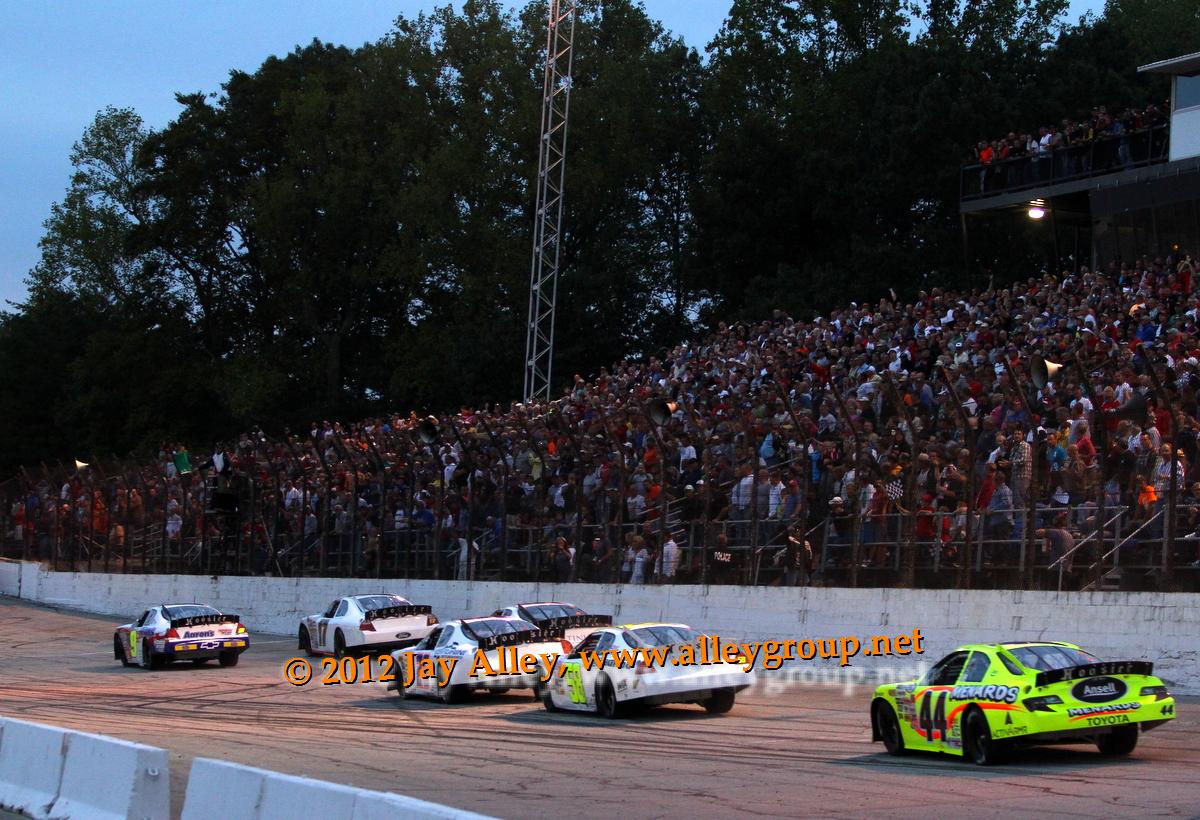