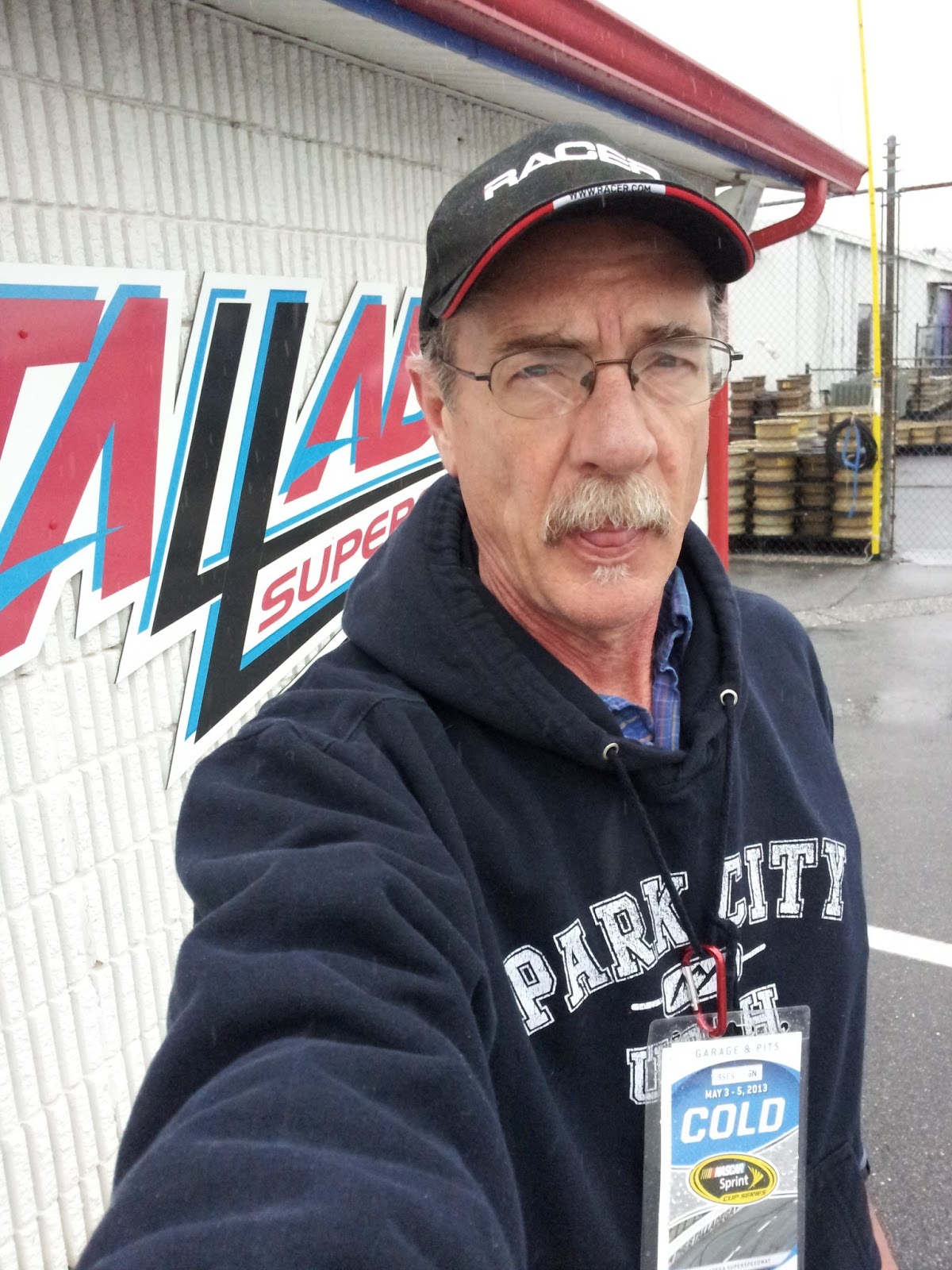 I love to drive. But racing road trips often include complications which make the long drives less enjoyable. Last night was a case in point where it rained off and on, sometimes quite hard, from Nashville, Tennessee all the way to my hotel on the east side of Birmingham, Alabama. Then I couldn't get on I-20 East due to road construction which pushed me past midnight Indy time, I had already been on the road for more than eight hours, and I couldn't figure out how to get around the detour for about half an hour. My phone battery was almost dead so I didn't dare use its GPS feature to map out an alternate route, so I had to rely on old fashioned paper maps to finally figure out a route. To top it off, I got to the hotel, lightning flashes and the power goes out as I am approaching the entrance drive. After finally checking in about 1:30 a.m. Indy time, nine hours after leaving home,  I got to the room and it was NOT what my reservation said it would be. Knowing I would be lucky to get six hours of sleep before   I needed to head to the track, I didn't argue and decided to just crash out after the desk clerk said they would make it right for Saturday night.

Now I am in the media center at Talladega and it is still raining. Chances are good that Sprint Cup qualifying will be rained out this morning but they should get the Nationwide race in as it is clearing to the west where the weather is coming from. Tomorrow may be another story altogether as more rain and storms with chilly temperatures are predicted. So now we wait and watch the skies and weather radar.

One thought I had on the road last night ties back to my original purpose for titling my blog "Welcome to Indiana-ville". This has been the trip of the "ville's" so far as I picked the title for all the little places on the road which end in -ville. Louisville. Brownsville. Munfordville. Scottsville. Millersville. Goodlettsville. All in Kentucky. Then Nashville and Peytonsville in Tennessee. Falkville and Hanceville in Alabama. So I guess Indiana is not unique in naming towns this way, and I-65 road signs show that our southern neighbors weren't a whole lot more creative apparently. I wonder who those people were after which those places were named...

One other thought I have is I love driving I-65 through Nashville, Tennessee. Lots of twisty highway sections and banked exits - people slow down way to much for them so it's easy to blow by lots of traffic and run the pace I like. Most of the time. Until the rains hit I was making good time, but my average dropped significantly after I got through Nashville. Now 549 miles later, I am ready to shoot some racing. I just hope I get the chance I came for this weekend. I'll be here until they tell me it's called off so come on down. But bring your frog toggs. I have mine on so I will be dry!
Posted by Jay Alley at 10:53 AM