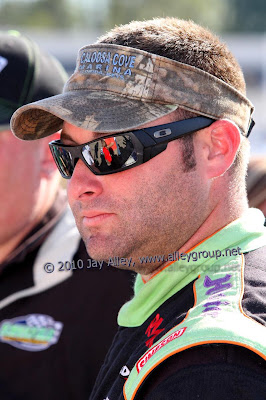 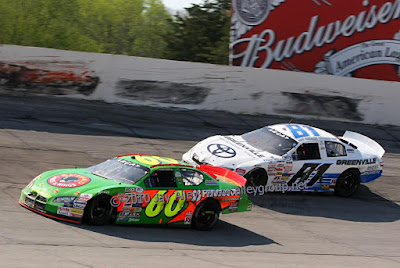 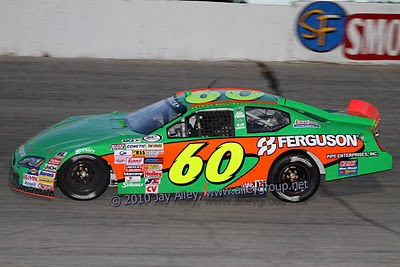 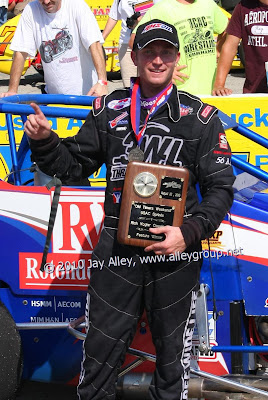 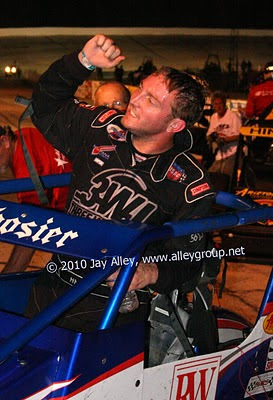 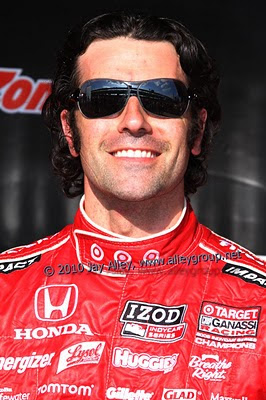 Congratulations to Dario Franchitti and Target Chip Ganassi Racing for taking the IZOD Indycar Series championship this past Saturday! It was a championship day for the Franchitti family as well, since Dario's brother Marino helped Patron Highcroft Racing win the Petit LeMans race at Road Atlanta and take the American LeMans Series LMP2 crown for the team's second consecutive LMP2 series title. Dario's title winning run at Homestead-Miami was a textbook case of how to win a season championship: he had to earn all the bonus points available and win the race in case his only contender, Penske Racing's Will Power, had a strong run. He had to take pole position - he did - then lead the most laps - he did - to be in position to win the race and he would win the Indycar title no matter what Power did. Just past the halfway point of the 200 lap race, Dario had hit the first two benchmarks with Power running fourth. Before the race hit three-quarters distance, Power had to really push hard to get to the front as he knew at that point that he had to finish ahead of Dario to win the series title. Alas, Power scrubbed the wall and damaged his Dallara's suspension in lapped traffic to put himself out of the race. Once that happened, Dario backed off knowing he only had to finish 10th to win the title and write the last chapter in that season winning championship textbook.

Power's inexperience on oval tracks got the best of him and ultimately he could not muster the speed or race savvy over the last four races of the season (all ovals) to get the job done. Arguably the move of Dario's season occurred at Chicagoland, where he started his assault on Power's points lead, when the team opted for a fuel-only pit stop late in the race which vaulted him to the race win. With Power struggling on ovals, Will couldn't close the deal but completed a spectacular comeback season just 5 points behind Dario in second place. No doubt Power's 2010 experience will benefit him next year and I expect he will challenge for the title again in 2011. With a team like Penske behind him, and the Verizon sponsorship rumored to be leaving NASCAR to fully support, Power, he most likely will be a force to reckon with next season. 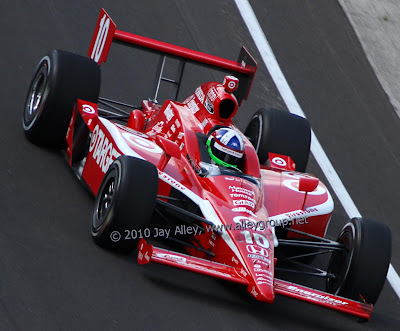 And what can you say about Chip Ganassi's 2010 season? Dario wins the Indy 500 and the Indycar title for the Chipster. Ganassi backed cars win the Daytona 500 and Brickyard 400. His Telmex Rolex team wins the Grand Am title in dominant fashion despite rules changes mid-season which were meant to even the playing field; it didn't happen! While Ganassi's drivers did not win as many individual Indycar races in 2010 as arch rival Roger Penske's drivers did, Chip came up big in all the high dollar events and you can bet there was a heckuva party in South Beach this weekend after Dario gift wrapped another Indycar title for Chip for the third year in a row. Dario's teammate Scott Dixon took the series during 2008 when Dario was trying his hand at NASCAR. In effect, Dario has now won the Indycar title three straight seasons (2007, 2009 and 2010) with a year off for the taxicab circuit. No doubt Dario's last two titles were more challenging than the first since these came following unification with ChampCar and the driver talent and car counts have increased dramatically since 2007.

So what's next for Indycars? The off season has already started with a bang, given the recent announcement of Graham Rahal securing sponsorship from Service Central. Could he end up at Ganassi also? It's quite possible, but Newman Haas is more likely. Graham's sponsorship may be at the expense of Sarah Fisher who had that funding this year for her second car and who has already talked about moving into an owner-only role to keep her small team afloat heading into the final season with the current equipment package. And what is going to happen with Andretti Autosport? It has been reported that long time sponsor 7-Eleven will not be back next year for Tony Kanaan and that Michael Andretti has given Tony "free agent" status to pursue another ride for 2011. With the struggles Andretti had in 2010 fielding four cars and keeping Ryan Hunter-Reay on track, they could shrink to a two-car team with only Marco Andretti and Danica Patrick at the wheel next year. That would really be a shame as Marco has not fulfilled the promise of the Andretti name and Danica's Indycar tenure is questionable with all the NASCAR interest in her future. To top it off, Danica and Kanaan put on the best racing of the night at Homestead, running wheel to wheel for the last 20 laps as she grabbed second place in by far her best race of the year. Kanaan passed on an opportunity to join Ganassi when Dan Wheldon left a few years ago so could that opportunity arise again in 2011? Chip would have his own three-car juggernaut to challenge Penske's stable then. And will Helio Castroneves finally win that elusive first Indycar title? I can hardly wait to find out.

On the lighter side, I thought it was funny that Dario referred to the new trophy for Indycar season title as "the naked guy on the unicycle" in his interview Sunday night with Dave Despain on Speed's "Wind Tunnel" program. And my favorite line of the whole season was Bryan Herta referring to his team at Indy as "Two Men & A Truck Racing" when his rookie driver Sebastion Saavedra was finally in the Indy 500 despite crashing their car on bump day after all the last minute moves by other teams put them in then out then back in the race several times.

With the 2011 season opener 5 months away, silly season is just getting underway and the teams will be running the current Dallara package for the last time during 2011. Indycar's czar for the new equipment rules, Tony Cotman, is scheduled to be on "Wind Tunnel" with Robin Miller this Sunday so it will be very interesting to find out where preparations for 2012 stand. Lotus has announced it will expand its role with KV Racing and build ancillary parts for the next gen Dallara tub, but everyone wants to know what's going on with the engine rules so that design work can begin in earnest for the next turbo era in Indycars in 2012. Randy Bernard's first year as Indycar executive has gone better than I ever would have expected and the return to Milwaukee next year is a major coup for the series in returning to its roots. As the teams head off to assess their prospects for 2011, so do I as well, as I hope to shoot at least half the 2011 races (preferably all) and get away from the couch racing I have had to do this year. Only time will tell, but as they say, more will be revealed. See you at the track!