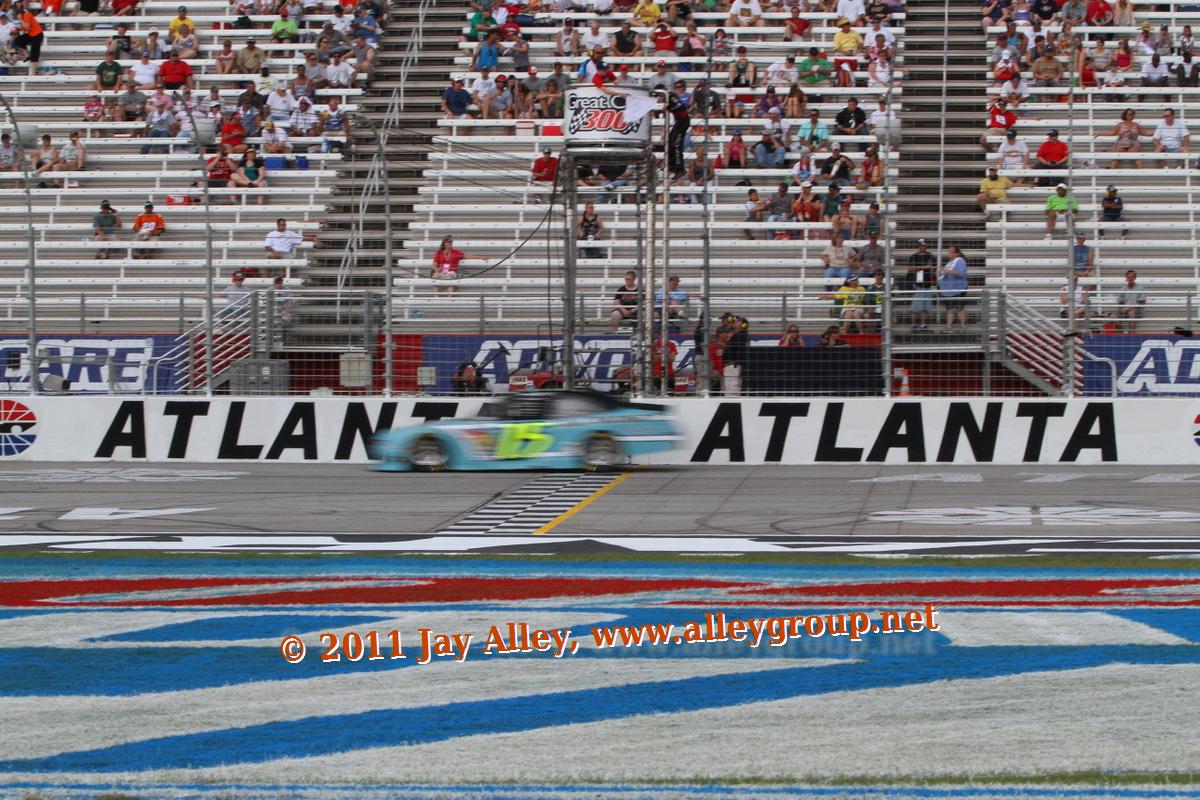 So my 2015 racing adventures begin at last and I couldn't be more excited. I love to drive, especially when there's a race to shoot at the end of the trip, so you better pedal hard if you want to keep up with me. See you at the racetrack!
Posted by Jay Alley at 6:44 PM No comments:

The Past is Prelude to the Future

One of my usual off season projects involves organizing a boatload of digital image files from the previous year and digitizing another boatload of slides and negatives from races shot long ago. I shot my first Indy 500 for UPI in 1984 when just about to turn 27 with only a little more than a year under my belt shooting with a Canon A1 and a T70. I wanted to shoot racing so bad back then - and I still do. The funny thing about looking at my early film work is seeing all the crappy pictures I shot while my learning curve was Everest steep. In hindsight, of course I learned photography the hard way by just shooting lots of film and slides, reading lots of books and never taking a class or getting any kind of formal training. Even while looking at a number of shots which were underexposed, soft, wrong shutter speed, poorly framed, etc., it was still fun looking at images that I had not looked at in years.

But there were some gems among the thousands of frames. Mind you, I have three-ring binders filled with Tri-x and Ilford black and white negatives, Fujicolor and Kodak color film negatives, Fujichrome, Ektachrome and Kodachrome slides, that no one but me will ever see. But I can still learn from those. Going through these old shots has also made me think of all the little notebooks I used where I kept track of every roll I shot: film type, subject matter, lighting, time of day, camera settings. Nowadays almost all of that info is in the Metadata of digital files, and it's there for anyone to study. I'm glad I learned photography the way I did, and it's amazing now to think of all the things that went wrong when I was still sorting out the basics. Yet I still managed to get photos, and that has been the enduring legacy of my work with a camera, especially in motorsports: I bring back pictures.

That learning process seems laborious now but it was just the beginning of my education by camera. I used to talk to any photographer who would put up with my questions. I examined and studied photos in print and kept file folders filled with shots torn from newspapers and magazines.  If I was at an event where other photographers were working but I wasn't, I watched them work and tried to imagine myself in their shoes. I still do that, and although I don't keep as close track on my settings as I used to, I still keep notebooks and fill them with lessons learned from shooting now in the digital age. Many purists love to talk about using film as the "good old days", but I much prefer digital. Not only can you see immediately whether you "got the shot" or not, the images are so much crisper and filled with detail than film ever was in my opinion.

Even as a committed digital shooter, I find that much of what I learned in the early days has become applicable again, and I re-learned that from shooting for wire services like Associated Press and for the ARCA stock car series. I am much more conscious of being efficient with my images and not shooting millions of pictures. This means I don't just lay on the shutter release button and blast away - anyone can do that. I have gone back to really visualizing images in my mind's eye before I pull the trigger and it has helped my photography immensely. No one has time now to edit thousands of images looking for the perfect shot. There's no such thing anyway, as the idea in today's media market is to tell the story with pictures and get them out there before anyone else. While it is a little different working for ARCA, as the series has a variety of objectives for me to meet to support their competitors, timeliness is still essential so my own editing process has become more efficient as well. Perhaps the biggest lesson I have learned through the years is to watch those backgrounds! No poles sprouting from peoples' heads, and by no means are portalets ever to be seen behind your main subject! Those get trashed right away.

The shooting environment has changed immensely since I first started aiming a camera at fast, loud, shiny things with wheels. At road courses like Mid Ohio, there were no tall catch fences and you could really get up close with unobstructed vantage points which made shooting easier without credentials. On the other hand, there were plenty of times where we raced back to Indy from Michigan or Mid Ohio to turn our film in at the Indianapolis Star so it could get souped for the next morning's edition, so the travel demands sometimes made up for the ease of access in an inverse sort of way. But those were fun trips too as several of us would ride together and we knew we were the Star's crew for that event. I still have a lot of my old credential approval letters from those days and think back on the excitement of those road trips when I was first getting started.

Of course the track I know best is Indianapolis, since that is where I started. I've shot more races there than anywhere else and shooting there has changed immensely too. As a turn shooter (the starting point for most stringers), there used to be a photographer every ten feet in the corners - and that was just on practice days! Then there were the characters. Guys who would drink beer all day long but never seemed to miss a crash. The tall guy with the stereo camera who always seemed to want to stand in front of you. The fellow who borrowed all of his gear from Canon and brought it out to Turn 2 in a paper grocery sack - I don't think I ever saw him look through the viewfinder. But the best was the guy in Turn 3 who had two cameras mounted on a small platform that was propped up from his chest, one loaded with color and the other with black and white film, and both focused on the same spot on the wall in the impact zone. The mantra was f8 at 1000 so you hoped depth of field would help you out, and the inevitable cry afterwards was "did you get it?" People who have only shot digital have no idea what it is like to hold the last 12 frames on a roll of 36 just in case something happened. At least then you had about two seconds of film at five frames a second so you really had to be ready when the moment came to shoot that spinning race car in front of you.

Then of course your batteries would die. Or you discovered later that the film leader didn't get picked up properly and all your shots were on the first frame since the film didn't advance. Or the tall guy stepped in front of you at just the wrong moment. Or you spun the focus ring the wrong way in the heat of the moment so your images got softer rather than sharper as the sequence unfolded. Back then I hoped to get a good shot on one out of every five or six images I took. Now I just delete the bad ones before anyone else has a chance to see them so the majority look like winners.

When I started this post, I had no idea where it would lead me, although I had a feeling that I would end up coming full circle in terms of my photography lessons. That's why the post is titled the way it is. For now, I leave you with a few more images from my archives and look forward to going to Atlanta at the end of the month to get my 2015 racing season underway. Godspeed to you all. Go make some pictures!