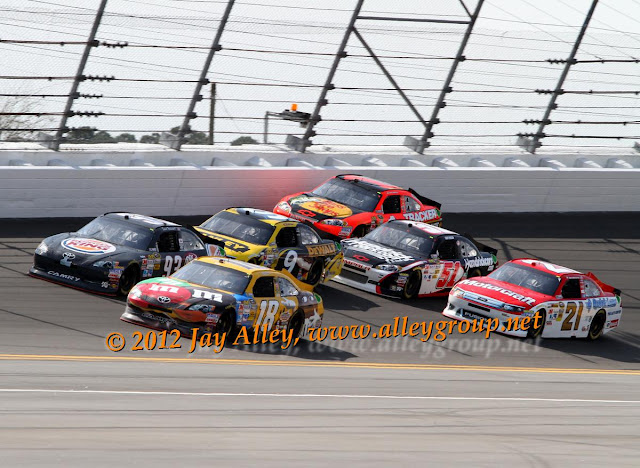 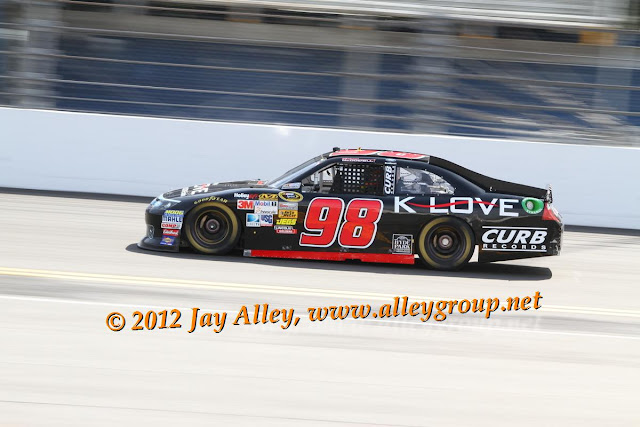 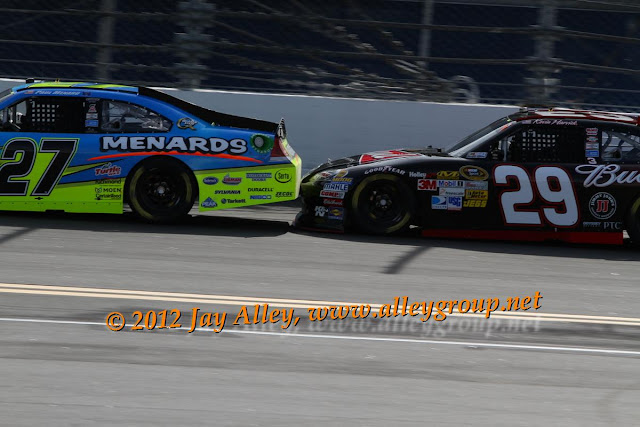 The Super Bowl is over and the game wrapped up a glorious week for my hometown Indianapolis. My sights are now set on shooting NASCAR's Super Bowl:  the Daytona 500.


Since I got home from Talladega after shooting the NASCAR weekend for Associated Press last October, life has intervened. People talk about being "crazy busy" and my calendar since then probably qualifies me as just plain crazy. Pretty soon, I'll be breathing racing exhaust fumes again after a nearly four month hiatus, so we'll see what's left of my sanity then. Check back at the end of February! The 24 Hours of Daytona has now been run and won by a mere seven seconds and my first racing road trip of the season is less than three weeks away. I will get to shoot my second Daytona 500 this month and while it's a long way to drive to shoot three races, my 2011 season with Associated Press was one of my best racing photography years ever in terms of photo credits and income from motorsports work. I don't have a clue whether this season will unfold in a similar fashion but I am itching to get back on the road and shoot, see, feel, smell and hear live auto racing once again.

While watching the Rolex 24 on TV and following all the Twitter commentary was loads of fun, it merely whetted my appetite for more up close and personal experiences of the racing variety. Full contact motorsports, if you will. Total immersion. Embedded even. When I say life has intervened since Talladega, of course there were the holidays. But I also had to finish up eight hours of coursework at Marian University in my quest to get my full time Indiana teaching license. I've also officiated about 60 youth basketball games and worked another 30 as timekeeper. And I'm a full time substitute teacher at a township middle school, so I've barely had a spare minute to keep my internet presence up to date, this blog just being the tip of the iceberg.

So why would I add a trip to the Daytona 500 into the mix? Because other than my lifelong involvement in basketball as a player, coach and official, racing photography is what I have loved to do longer than anything else. And I always bring back pictures. That's what I do. When I decided to make a career change in October 2009 to concentrate on my photography, to teach and to coach, I had no earthly idea that things would end up as they have now. Perhaps that's the real story:  this has not been an earthly pursuit but one borne of a greater and higher presence than I could muster on my own. And I have not done it by myself, as numerous people have shepherded me gently on this journey and opportunities have cropped up when I needed them the most. I couldn't be more thankful for that assistance.

When I started this blog in January 2007, I thought I'd have something to say and could maybe make a contribution as a motorsports photographer. While I sometimes wonder whether I have achieved either of those goals, I have continued to trust that this journey will follow its arcing path to greater things. When my namesake and grandfather took me to my first races at the Kosciusko County Fairgrounds as a child, I could never have imagined doing all that I have done these last few years. Daytona is certainly a long, long way from that little dirt track in Warsaw, Indiana for this Hoosier, but go I must. And I hope I will see you at the track! If you can't go, then follow me on Twitter @alleygroup and I'll have more pix and stories to share as the 2012 season rolls along. Godspeed everyone! 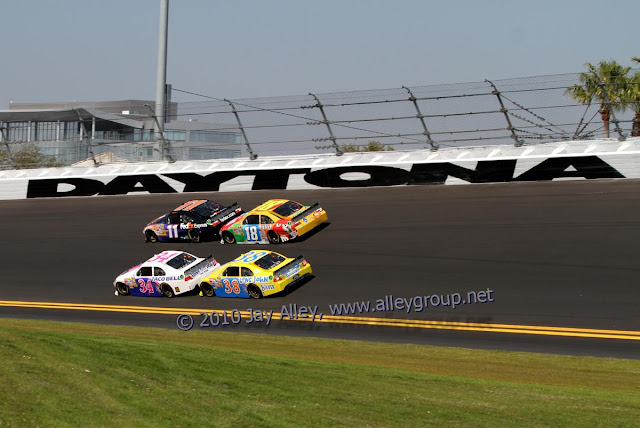