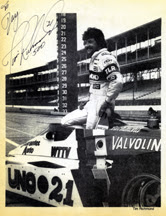 Jay
Posted by Jay Alley at 4:16 PM No comments: 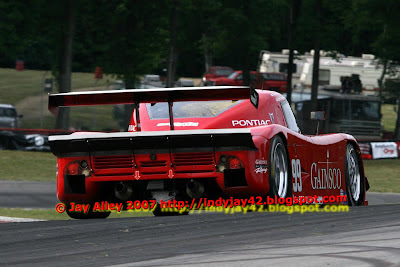 US Grand Prix at Indianapolis - Lewis Hamilton wins for McLaren 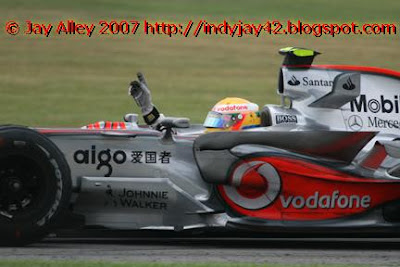 Rising British superstar Lewis Hamilton made history again today at Indianapolis and continued his sensational season by winning the 8th US Grand Prix at Indy after a race-long challenge from McLaren teammate Ferninand Alonso. Hamilton jumped into the lead from pole position at the start and was never headed on the race track, beating Alonso into Turn 1 after his second pit stop to maintain his advantage. Alonso fought hard to catch the young Brit but Hamilton kept an advantage of 1 to 2 seconds throughout the final third of the race.

Another hot day at the Speedway saw lots of rubber laid down, another first turn shemozzle, and a delightful scrap between Ferrari teammates Massa and Raikonnen for 3rd & 4th. It was a very interesting race and even American Scott Speed did well to finish, albeit out of the points as the Toro Rosso never had the grunt to propel it down Indy's long main straightaway to be truly competitive. At least Speed finished, which is more than can be said for Coulthard and Ralf Schumacher, who were both caught up in the first turn melee which had the back half of the field scrambling and also took out Honda's Barichello.

Hamilton was incredibly impressive and has yet to finish lower than he started in the first 7 races of his Formula 1 career. This kid looks like LeBron James on wheels, a savante at the paddle shifters, a prodigy of unmatched talent not seen in years - maybe not ever. We may have seen the true coming of the next Senna and if he keeps up this pace, he will quickly make everyone forget about the tifosi and Michael Schumacher. And if this turns out to be the last USGP at Indy, it is one I will not soon forget as I can say I saw the coronation of the new F1 king, a black man winning at Indianapolis for the first time, and the re-emergence of McLaren as the dominant Grand Prix manufacturer. Mercedes and all of England must be very proud today.

Well done lad. You all should have been here.
Jay
Posted by Jay Alley at 6:49 PM No comments: 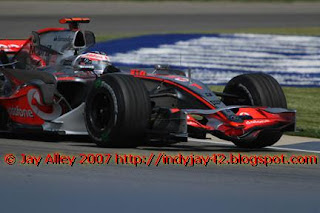 Jay
Posted by Jay Alley at 6:10 AM No comments:

USGP at Indianapolis - 2007 Last Hurrah?
Originally uploaded by indyjay42.
Once again the Formula One circus has arrived in Indianapolis, and after the wild weekend in Canada just past, who knows what to expect?

Last year was Michael Schumacher's last hurrah at Indy for Ferrari, and the contract with IMS is up after this race so it should be a very interesting race event. In 2006, Juan Pablo Montoya triggered a huge wreck at the start that sent Nick Heidfeld flipping through the Turn 1 sand trap. Crowds were down after the embarrassing debacle caused by Michelin the year before. But this year the race falls on Father's Day again and the racing sensation of 2007, Lewis Hamilton, is coming off his first win - in dominating fashion no less - and the McLaren boys seem to have it all together. So it will be interesting to see how fans react and I am hoping this will be the most competitive USGP yet.

Indy is where Formula One belongs in the United States as there's no better venue for the world's most sophisticated race machines. When you see these cars scream north on the front stretch and brake down to make the right hander into Turn 1, or watch them whip through the infield segment of the road course, it's impossible not to appreciate the equipment and the nerve of the F1 drivers. Hopefully no one tests the SAFER barrier in the oval track Turn 1, and it still seems odd to watch them run the "wrong way" on the front stretch. But it's Indy. It's a race. So I will be there with my Canons and ready for anything.

Bring sunscreen and earplugs folks. You will need both this weekend.
Posted by Jay Alley at 6:25 AM No comments:

Seen today on the back window of a minivan:

I want one of those stickers for my Acura!

Jay
Posted by Jay Alley at 9:19 PM No comments: