Ron Hornaday got his 50th career win in NASCAR trucks at Kentucky Speedway  Saturday night in the 12th Annual Kentucky 225, holding off Austin Dillon. On a cold but clear midwestern night, the racy 1.5 mile oval featured lots of side by side racing through the first 100 laps as a result of numerous cautions and restarts. The race was marred by all the early cautions but Hornaday and Dillon were at the head of the pack all night long and were able to establish a rhythm over the last third of the race. James Buescher finished third ahead of Nelson Piquet Jr. Brian Ickler took fifth in the #18 truck most commonly associated with Kyle Busch who did not make the trip west from Dover for this event. Josh Richards brought out the first caution of the race on lap 3 and cautions were frequent through the first 100 laps. The scariest incident of the night involved Parker Kligerman who took a nasty hit in Turn 4 and was knocked out of the race as a result. Ricky Carmichael took sixth ahead of Todd Bodine, former USAC driver Cole Whitt and ARCA star Dakoda Armstrong. David Starr rounded out the top 10. The Camping World Truck Series race was the feature race this night and the action at Kentucky Speedway now gives way to the IZOD Indycar Series and Firestone Indy Lights which race this afternoon. Following are some other action shots from last night's event. 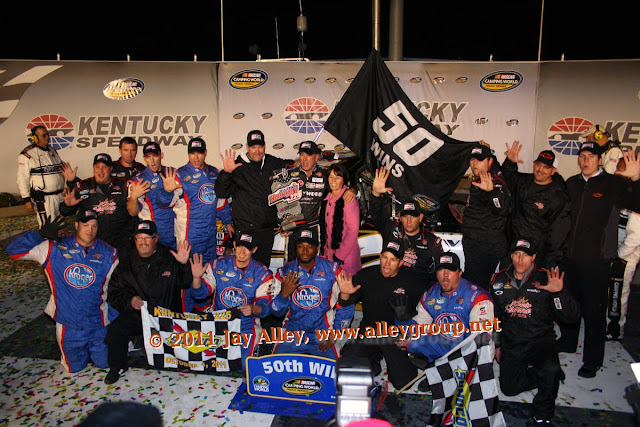 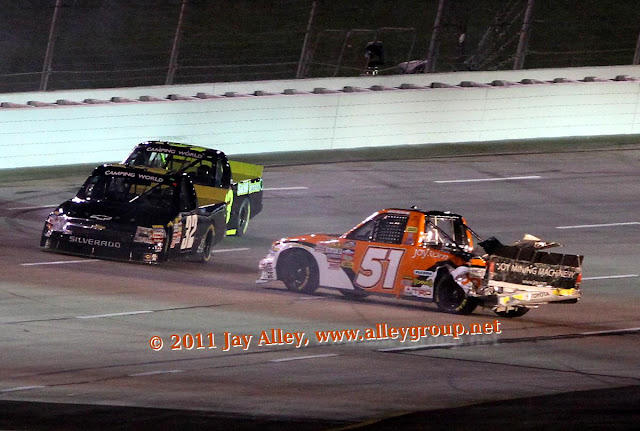 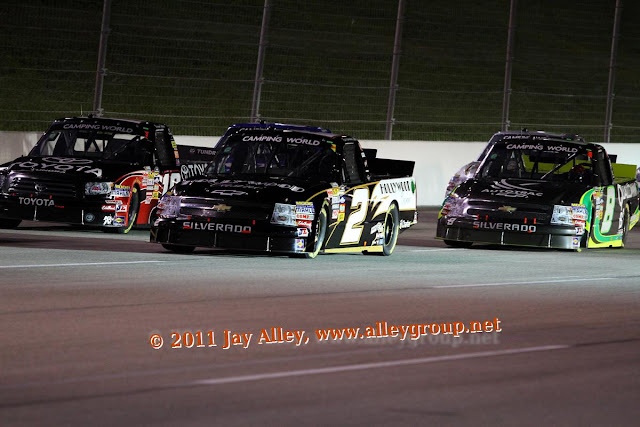 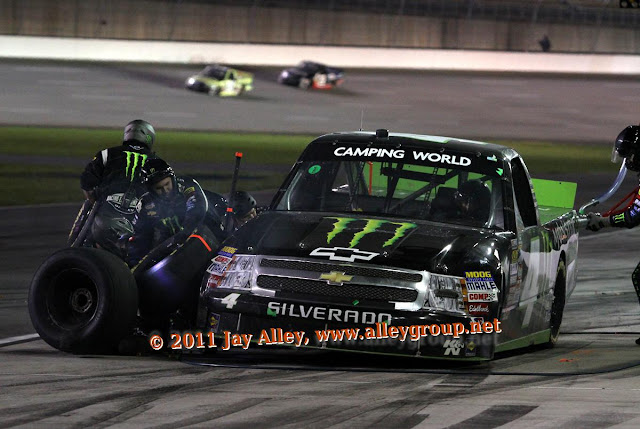 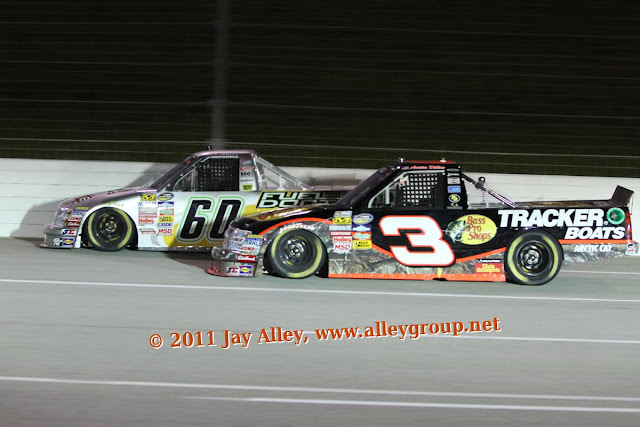 Email ThisBlogThis!Share to TwitterShare to FacebookShare to Pinterest
Labels: NASCAR, Welcome to Indiana-ville