Keselowski Gets First Stock Car Win for Penske at Indy 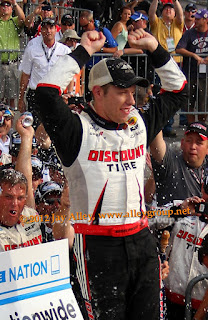 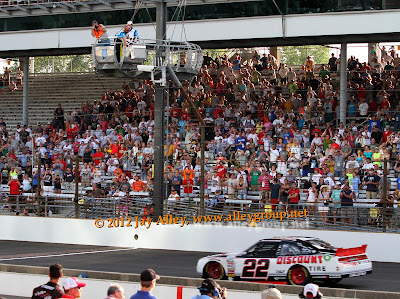 The 100 lap race was relatively incident free except those that were involved in incidents were big names:  Danica Patrick was an innocent victim of a Reed Sorensen spin early in the race which ended her day. In the race's closing stages, Kyle Busch got into the side of Hornish and spun in Turn 1 on a restart which put his otherwise dominant race car out of the show. For the Series' first race at Indy, the drivers were relatively well behaved all day long, and a respectable crowd was on hand. Race fans are race fans and they cheered a full day of racing which started early with two Sprint Cup practice sessions, Nationwide and Sprint Cup qualifying and finally the Nationwide race. I started the race outside of Turn 3 and will have more pix to share once I finish editing. Until then, for now I am featuring today's happy winner Brad Keselowski. Much more to follow. And tomorrow is the big day when the Sprint Cup stars take on the Brickyard for the 19th time. 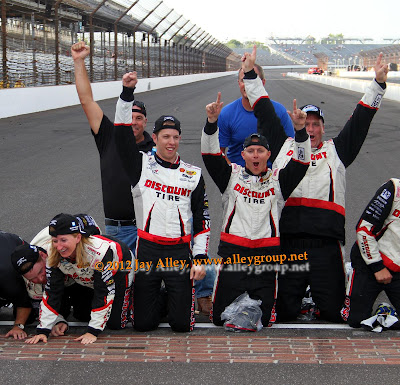 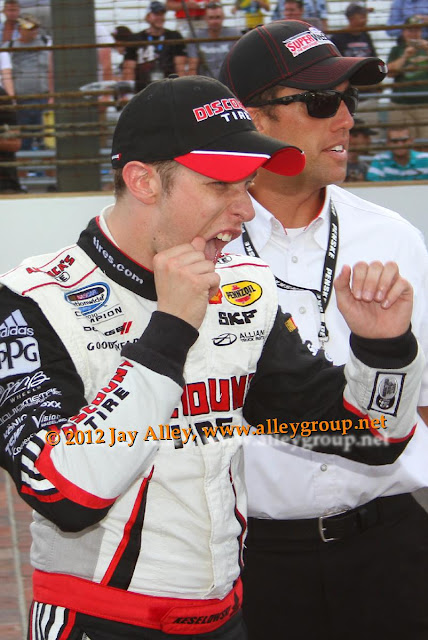