Daytona Duels: Screaming In The Night 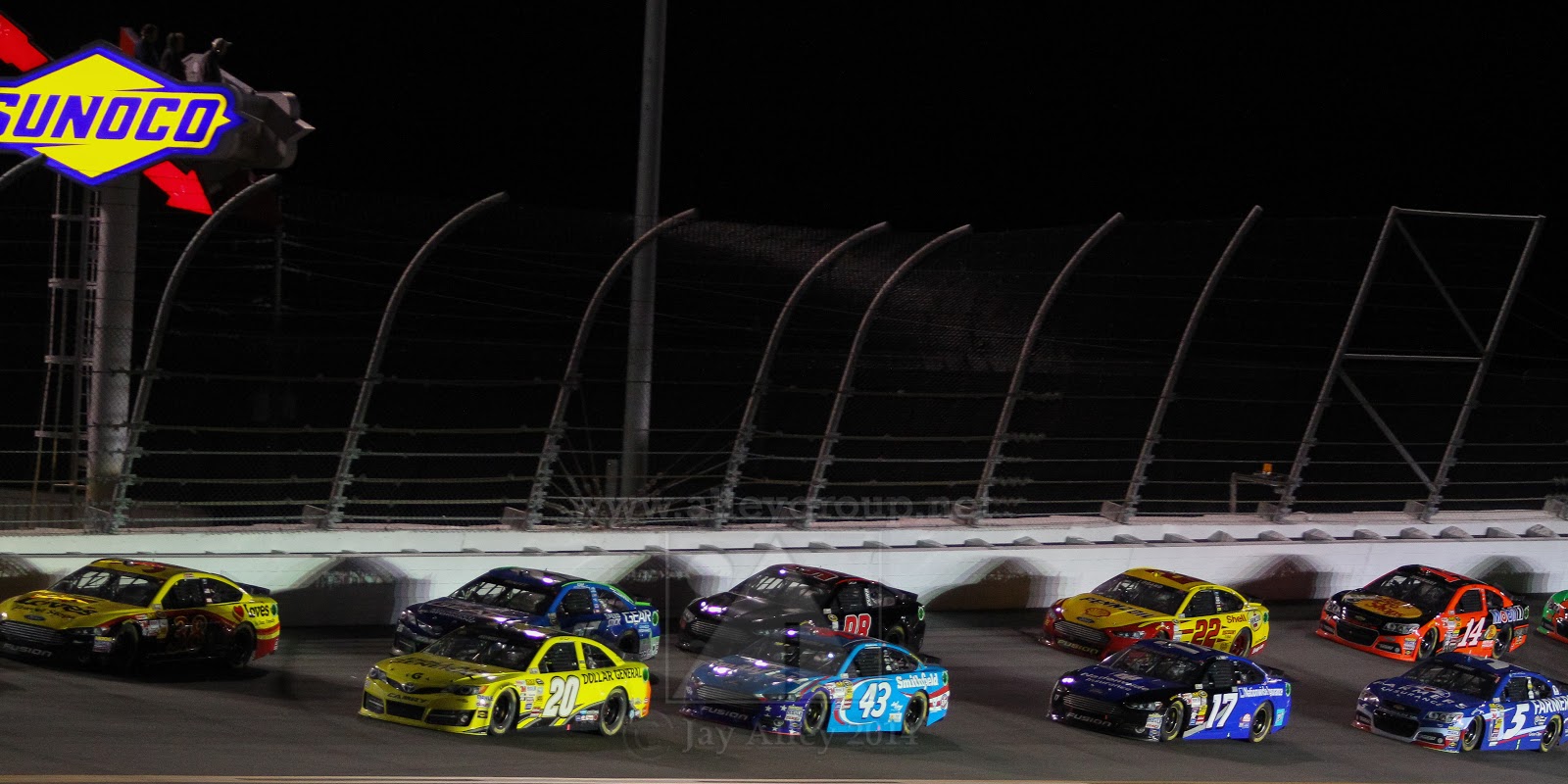 Yesterday here at Daytona, the evening skies were filled with the sounds of screaming race cars as the Budweiser Duels qualifying races were run at night for the first time. I am personally glad they were switched to night races as I was never able to get here in time to shoot them in the past when they were run in the afternoon.

Unfortunately, until the last lap of the second Duel, both races were pretty much single file parades which was a disappointing. Then all hell broke loose coming onto the tri-oval as Jimmie Johnson got loose and tore up another race car (his second for the week) and Clint Bowyer flipped in a huge melee as Denny Hamlin was taking the checkered flag. I was positioned on the exit of Turn 2 for both races so I tried to get racing action with multiple cars int he frame whenever possible, which was difficult at times. I did get a nice shot of Hamlin on his cool down lap as he thankfully had dropped his window net and you can see his face with his visor flipped open. Matt Kenseth won the first Duel so it looks like Joe Gibbs Racing and Toyota has the upper hand at the moment.

Today I got to the media center early and was the first one here other than the staff person who signs people in and manages the photo vest process. She is a nice older woman and I have wondered why someone would do that job since she probably never gets out to see any of the on track action. On the other hand, I can understand why someone who is not necessarily a race fan would want to do that job since the photographer's room is a place of constant activity with lots of conversation about what's going on at the track and an occasional funny story or silliness. Plus all the track action and timing and scoring is always shown on TV monitors in the room so it must be like watching from home with the ambience of the hectic media room in surround sound. But today's action will likely be interrupted by moisture so it will be interesting to see how that disrupts the schedule where NASCAR had planned its first attempt at knockout qualifying for both the Camping World trucks and the Nationwide series.

I don't know where I will be positioned tonight for the truck race yet and I have already told everyone that if we get adverse weather then you can blame it on me. I'm used to it.