Racing Past Is Prelude to the Future 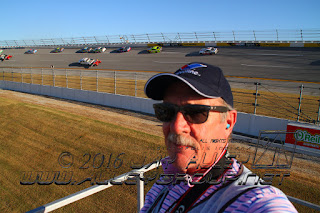 When I started working on this blog in 2007, I had no idea what I would end up doing with it. What began as an effort to document my travels as a racing photographer has been all of that and more, as the title suggests a travelogue through all the little towns and villages one sees on the road. Now it is 2017 and I am closing in on 500 blog posts and haven't earned one red cent from all these words. So why do I continue to write? Because I have to.

I grew up dreaming of playing pro basketball and being a writer. My hoop dreams didn't pan out but I never gave up on being a writer. And then I discovered I also had a passion for photography and the die was cast. Not only do I feel compelled to write, now I can't dream of a future without photography. I still haven't "made it" as a writer or photographer, if making it is defined as making a living with them on a full time basis. But I don't live by that definition, and I don't define myself by the expectations of others. So I will keep doing what I've been doing for the last ten years and hope that my work is discovered by new people through social media and appreciated by those for whom I work. And so my journey continues.


Now that it's 2017, I have a couple of other interesting memories of last year that I want to share. First the events from last year were memorable in their own right:  over 18 different weekends, I worked 14 ARCA Racing Series races as the chief photographer for the series, contributed to motorsport.com for three Indycar races and shot two NASCAR weekends at Talladega for Associated Press (AP). Then there were the crazy situations, either on the way to a race, at a track or away from the racetrack; chalk those up to life on the road. The scariest was encountering a wrong way driver on Interstate 70 early on a Saturday morning on the road to Springfield, Illinois for the USAC Silver Crown and ARCA Series weekend. The funniest was driving past the Ponderosa Sun Club, in Roselawn, Indiana en route to Chicagoland Speedway for the ARCA race. In case you didn't know, the Roselawn is a nudist colony; Lord only knows why it would be in the Hoosier state, bastion of conservatism and rural Americana that Indiana is known to be.


Then there's the people and scenes at the racetracks. At Talladega, for instance, I always look forward to the catfish and hush puppies served at the media center for lunch on Saturday and the southern barbecue on Sunday. It's the only time all year I eat catfish but it sure is good. Ironically, that weekend there was a heavy police presence with officers in SWAT team gear and automatic rifles posted all around the garage area, but no one ever said what that was about. Perhaps the most fun is meeting people I have connected with on Twitter and other social media. For instance, I met Rowdy Maglite at Springfield and heard the story of how he got that name at a Talladega race weekend years ago. That meeting led to being interviewed by Rowdy for his online radio show to talk about ARCA racing so that was really fun.

Indianapolis is always a treat as people come in from all over and this year I met and worked with two men from France who encouraged me to consider coming over to Le Mans which put our whole plan for 2017 in motion. I met Twitter followers Paul Henry (@gforcepaul) in the garage area and Pat Kilkenny (@theapexshop) on the grid for the Angie's List Grand Prix during May's festivities. The most unexpected was meeting a Twitter follower on the flagstand of an ARCA race. After all, it's the people that make the sport and one goal I have for 2017 is to get more photos of people than race cars. I hope I can deliver on that goal but I know it will be fun trying.

There's also a lot of exciting events on the horizon for me as a photographer for this year and I expect to have one of my best years ever. I am going back to Daytona this month to shoot my second Rolex 24 Hours race as a celebration of being tobacco free for one whole year. I will be shooting for motorsport.com this time so I hope my contributions to the race coverage will be good supplements to their photo crew which normally covers the sports car scene. I will be shooting for the site at Indianapolis in May and then at my first 24 Hours of Le Mans in June and checking off another bucket list race in the process. I am also penciled in for 14 ARCA racing events in its 20 race schedule for the third consecutive year. I expect to go back to Talladega for both its NASCAR weekends for AP again. I am hoping to add some other sporting events such as football and basketball to my calendar for AP this year as well, even if I have to go south to make it happen.