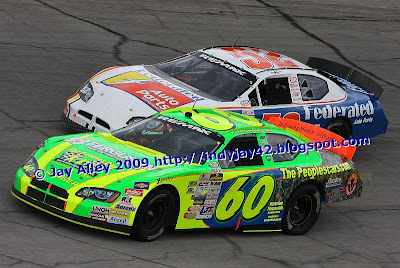 People often say that southern Indiana is God's country. Well He surely smiled down on Salem Speedway this past Sunday as the severe weather that pounded other parts of the State never materialized. Patrick Sheltra tiptoed through a light sprinkle the last 10 laps to win the Kentuckiana Ford Dealers 200 in a highly competitive scrap on Salem's famous high banks which ARCA was able to run the full distance. 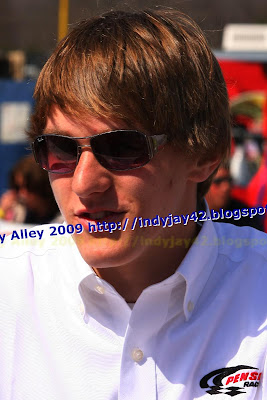 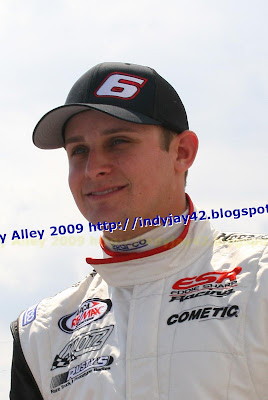 But the real story of the day was the young gun talent on display throughout the afternoon. Everyone knows that ARCA has become the breeding ground for new hotshoes and the place where cagey vets can still race competitively. On this day, youth was served as Justin Lofton took his second straight ARCA pole position and finished a strong second to Sheltra. Penske development driver Parker Kligerman passed Sheltra for the race lead at one point and wound up third in a car that looks suspiciously like one of Kurt Busch's old Cup cars (only with Sam Hornish's number on it). 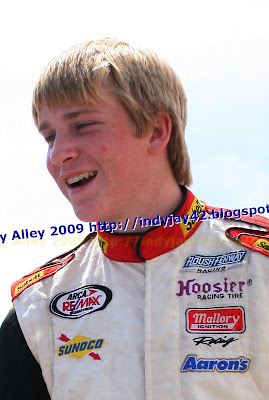 And 16 year old Chris Buescher took fourth ahead of diehard Ken Schrader. In ARCA's 85th race at Salem, it will be remembered for the classy fast racecraft of these young guys who really stole the show. Local favorite and Salem king Frank Kimmel lost ground at the start with a pit stop before the green flag flew and ended up a lap down. in seventh.

To top it off, Lofton and Kligerman now lead the ARCA season points ahead of Sheltra and Kimmel. Sheltra was quick enough to lap everyone but his three youthful competitors so only the top 4 finished the 200 lap distance. Sheltra's crew was ecstatic at the finish and performed their own spiderman routine on the front stretch fencing after a couple of obligatory donuts by Sheltra kicked up a cloud of tire smoke. For a short track race that a week earlier only had two dozen entries, the field was surprisingly competitive and the young guys stayed out of trouble all day. Kligerman had a near miss with another's spin early in the race, but his car and those of Lofton and Buescher barely had a mark on them when the race was over. Lots of others had damaged sheet metal or tire donuts on the side, but these suys were most impressive. When Michael McDowell was having such a fantastic season a couple of years ago, I don't recall any other rookies running this well at Salem so that bodes well for the ARCA season.

Watch for them to hit the NASCAR Camping World or Nationwide series before this year is over. And then tell someone you heard about them here first. Look for more of my pictures from the event in American Motor Journal's next issue. I'm happy to get a race under my belt for 2009 and I'm surprised that the nervous young men I saw in pre-race introductions gave way to such happy racers at the end of the day.