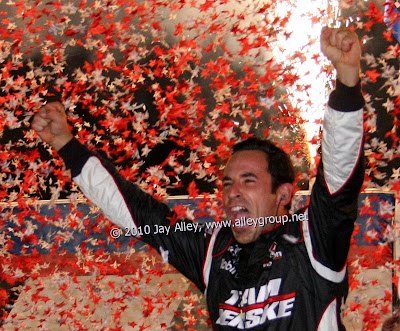 Is it any wonder that Helio Castroneves finds a way to victory lane so often? He did it again and climbed the fences at Kentucky Speedway tonight after savvy fuel strategy left him out at the end when virtually all of the other front runners had to make a last stop for a splash of fuel. He called team boss Tim Cindric a "genius" in the winner's circle and left pole winner Ed Carpenter lamenting a fine second place in front of Dan Wheldon who led a significant number of laps for his Panther team. I'm not sure I've ever seen Helio so excited in Victory Lane and the Penske team sure has the answers when it comes to race strategy.

The most entertaining racing of the evening came from Tony Kanaan as he stormed from the back to run in the top five until the last ten laps when he too had to make a stop for ethanol. Teammate Ryan Hunter-Reay also ran well to get to the front but a problem with the left rear knocked him out of the running very late. Kentucky has been a showcase for close, side-by-side racing with exciting finishes and tonight's race was no exception. While there was no photo finish tonight, the leaders all pit around lap 140-142 and I didn't think there was any way anyone could go the distance from there. But Helio, Cindric and the Team Penske guys found a way, just as they so often do. It's no wonder they are often considered the team to beat whenever they show up at the track. More pix will follow with time when I get back to Indy. Next year this race will run in early October since the Labor Day weekend slot has been given over to a new street race in Baltimore. I hope to be back here again next year for more of the best and fastest racing on earth. You should be here to. 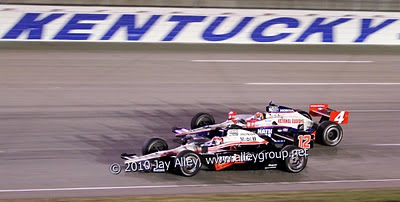 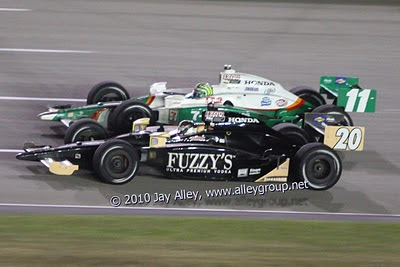