All Roads Lead to Speedway for the 97th Indy 500 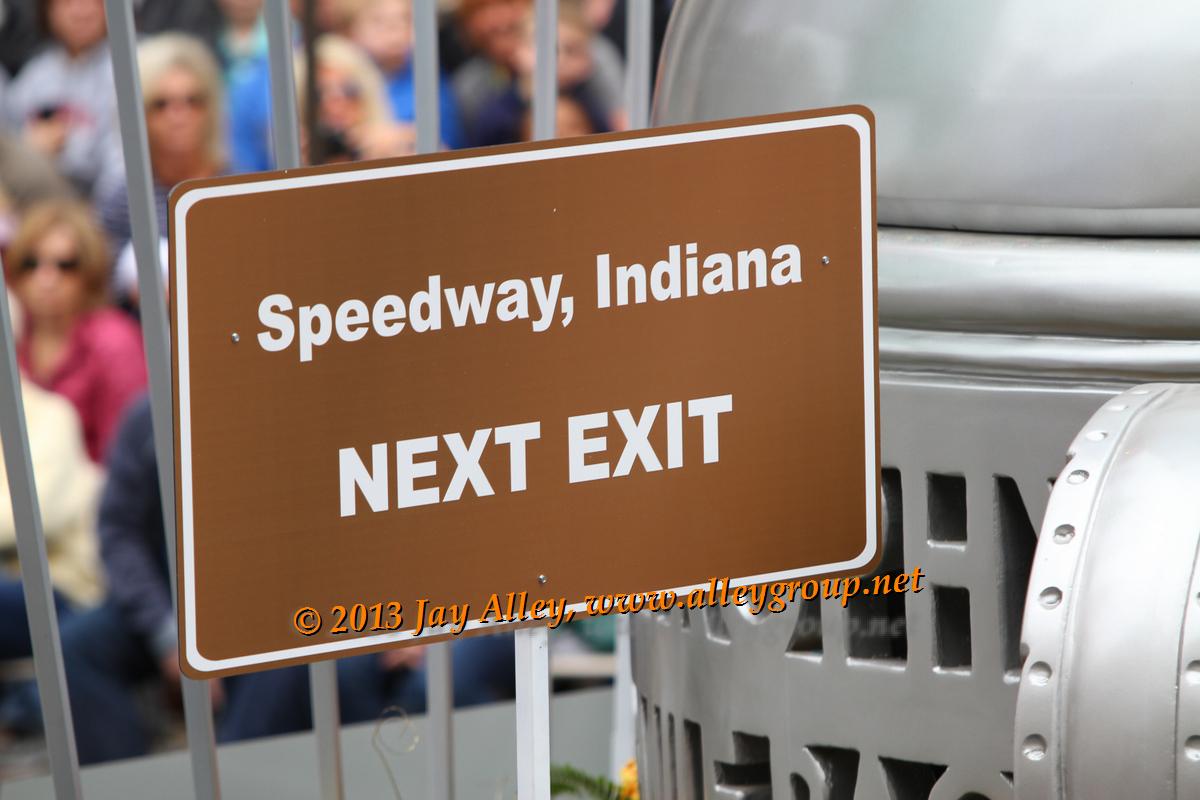 They say that everyone loves a parade. And in Indianapolis, the day before the Indy 500, you know it's true. The 500 Festival Parade draws throngs of parade lovers and race fans to downtown Indianapolis every year and it is as much a part of the Indy 500 as the winner drinking milk in Victory Lane. For many, the parade may be their only connection to the race as it is the uber-family friendly event of a month of race themed events. There are lots of lifelong Indy residents who would never go near the Indy 500, but they will go to the parade to see the bands, floats and all the drivers who've made the race. Today Charlie Kimball was not in his designated convertible Camaro pace car but the rest of the field was there to soak up the adulation of those lining Pennsylvania and Meridian Streets, or perched on Monument Circle. It's the final hurrah before race day and signals the countdown of the last 24 hours before the green flag flies.

Indianapolis has come a long, long way since my family moved here in 1968. Even though this is my 38th straight Indy 500, there are many who have longer consecutive strings than I do, and a big theme this year is "all roads lead to Speedway". This is certainly the case for people like me who wait 364 days a year for race day and struggle through Indiana winters asking complete strangers "Is it May yet?" No longer is Indy just a cornfield with a racetrack around it, although it is not exactly a cultural mecca either. It's a big, small town full of sports lovers of all sorts where you can get anywhere in about 30 minutes by car. I met an Australian journalist on Carb Day who hadn't been to the 500 in about 25 years, so I am anxious to hear his impressions of the City I call home and the race that brings this town to life. Gone are the superstitions about racing green cars and the prohibition against women in the pits and garage area. Thank God for that! Indy has been built on the reputation of the 500 and in just three years, the 100th running should be a monumental day in this city's history.

I don't know how the drivers privately feel about all the hoopla which surrounds the Indy 500 but their public statements suggest that they do more than just tolerate it. The biggest cheers today during the parade went up for Ed Carpenter and most of the drivers seemed to genuinely enjoy the fans hooting, hollering and shouting out their names along the parade route. I grew up a block from Hinkle Fieldhouse, home of the Butler Bulldogs and where scenes from the best basketball movie ever made (Hoosiers) were filmed, so it's not surprising that local fans are getting behind Ed to win Sunday. And like the Hickory Huskers who won the state title for all the little that never had a chance, Ed has a chance to do the same on race day with his own one-car team taking on the goliaths of Penske, Ganassi and Andretti. If Ed were to win Indy, and if the Pacers can beat the Miami Heat again on Sunday night at their Banker's Life Fieldhouse home downtown, then Indy may come apart at the seams.

A "Pacers and Racers" weekend in Indianapolis hasn't happened in a long time so this one really has sports fans in Indy excited. Lots of "Beat the Heat" signs were on display at the parade today and race day weather is predicted to be cool and overcast, which means the day should be comfortable for everyone visiting 16th and Georgetown in the Town of Speedway. I know I'm ready to go to work for motorsport.com. I'll be headed into the track on race day before the public gates open at 5:30 in the morning, and the Greatest Spectacle in Racing will then be just a few hours away. Are you ready for race day?