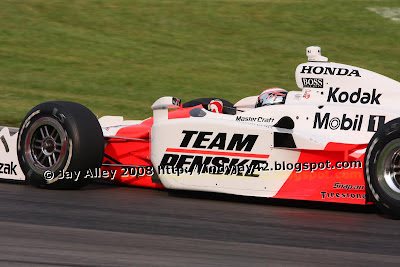 There's a TV ad out now from an insurance company that has the tag line, "life comes at you fast" and that's certainly been the case for me lately. This weekend at Mid Ohio was an absolute whirlwind, leaving Indy at 6 a.m. Saturday, finishing editing over 1300 images Saturday night, then back up at 6 Sunday for a 7:15 photo meeting, rain, multiple races, then leaving the track finally at 6:30 and arriving home after 11:30 last night.

But it's all good and I'm sure the humongous crowd at Mid Ohio was thrilled with the show put on by the ALMS and Indycar series over the weekend. The Lights race Sunday was very entertaining too, since it rained right before the start and multiple yellows led to a confusing finish where the leader at the time pulled into the pits under yellow thinking he had won the race, but he came in too soon and gave the race away!
Right now I'm running again but wanted to get at least a couple pix up as I never had time this weekend. I'll come back later and add more here and on my picasa and flickr pages. In the meantime, I'm wondering if the IRL championship tables maybe turning with all the road courses coming up. Better check those standings each week from here to Chicagoland to see who might make a charge from the transition teams. Edmonton should be a true test since the champ car guys have been there before and IRL has not. Wilson was especially strong at Mid Ohio so I expect him to break through soon.
Back in a little while folks. Thanks for listening (if you're out there!). I've now done 100 posts on this blog so if you've been touching base every once in awhile, I thank you for that. Drop a comment off once in awhile! 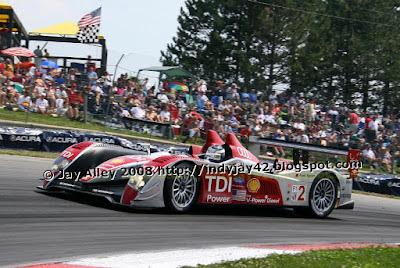 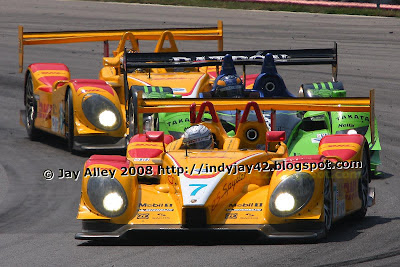 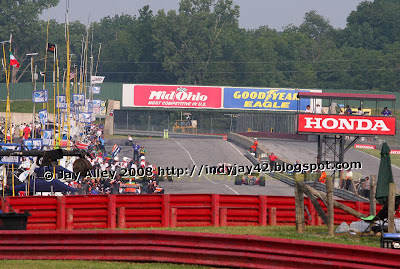 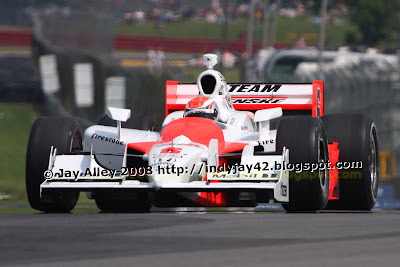