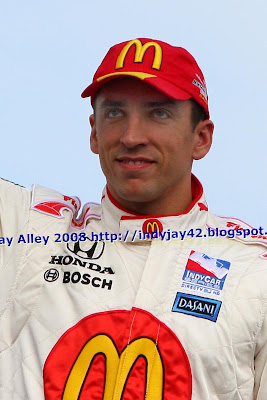 Congratulations to Justin Wilson for taking the street course race at Belle Isle in Detroit. I felt bad for Helio that he didn't get a warning from IRL officials before being penalized for blocking, but anytime you make two moves, it's hard to justify keeping the position. Barnhart's explanation after the race was reasonable and Helio's ABC interview was priceless but you knew he was mad when he said "Save me Jackie. I don't have anything smart to say!" I'm sure the Penske brigade wasn't happy either since their ALMS team got a penalty for blocking in the Saturday race at the Isle. But seriously folks: is that a real race track? Give me a break. Nowhere to pass. Lots of empty area with no fans along the riverside. I've seen better events on I-465 here around Indy. At least there's some passing. Anyway, good job Newman Haas Lanigan. That's two now for the pre-eminent former Champ Car team and they have managed to upstage KV Racing in terms of results this season. Good for them!
The other big news this week was about drivers for 2009. Ever the bridesmaid, Vitor Meira is out at Panther and Wheldon is in. Dario Franchitti is back from his aborted NASCAR foray in the other Target seat. How odd it will be to see him teamed with Dixon next year when they fought it out to the last corner of the last lap at Chicagoland last year. It will be good to see him back in open wheel racing. Maybe Penske can bring back Hornish now and all will be right with the world. At least until Tony Stewart decides to let someone else drive his Stewart Racing Sprint Cup car and come back to Indycars where he belongs... 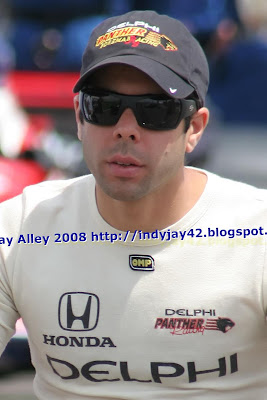 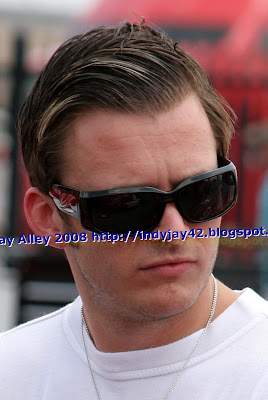 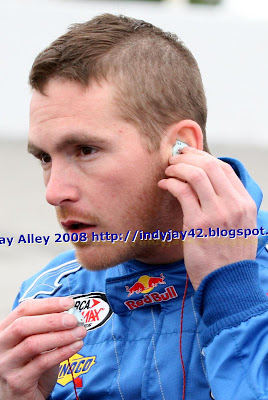 So now it all comes down to one race and two men with a shot at the championship: Helio and Dixon wheel to wheel. 30 points between them so if Dixon finishes 8th or better, Helio has to accept second. Meanwhile Scott Speed and the ARCA boys will run Saturday night in the prelim that should be quite exciting. This race was a crash fest on Saturday afternoon last year and I'm glad they moved it to the evening for Speed TV this year. Then Sunday the action starts early with Indy Lights warmup and race before the Indycar "hot laps" and the main event to wrap things up in the afternoon. I'm looking forward to it all, but the schedule is so jammed Sunday I doubt I will have time to post anything from the race track like I did from Kentucky. We'll see.
Maybe I'll see you there. 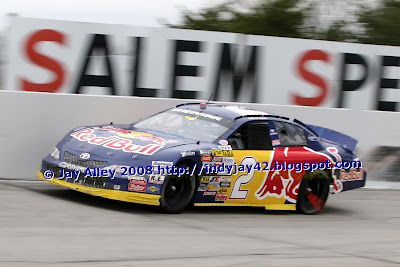