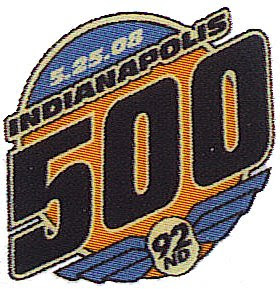 If it's May, this must be Indianapolis and we're not in Kansas anymore, Toto.

Best of all, I no longer have to ask the question: "Is it May yet?"

Sunday May 4th the Speedway opens for practice for the 92nd Indy 500 and most of the new teams will get a jump on the competition with the first two days of practice reserved for drivers who have to go through the Rookie Orientation Program (ROP). Many of the former Champ Car guys have been designated "rookies" due to a lack of oval racing experience, but the chance to run hundreds of laps over the first 12 hours or so of green light time Sunday and Monday will do wonders for those drivers and teams. They're still rookies at Indy until they run in the 500, but the caliber of the new teams is sure to make for a very competitive pair of qualifying weekends.

Over the next few days, I will be adding regular posts with pix from practice days, plus I will do my own observations and predictions as track time winds down to Pole Day May 10th. Right now there are 34 car-driver combinations with today's announcement that 1996 winner Buddy Lazier will again drive the 91 car for Hemelgarn. A total of 39 driver combos are expected and I think the number could rise to as many as 42. Just a hunch, but second week deals seem to materialize out of thin air sometimes, and I'll bet Paul Tracy is in one of those.

The field should be highly competitive from front to back, and I really hope the first three qualifying days are dry so the 11-11-11 format can be fully experienced this year for the first time. The Pole will go down to the 6:00 o'clock gun just like last year, and I'd be willing to bet that at least one of the new teams will be in the first day qualifiers, probably Justin Wilson, and EJ Viso could make it two. Tomas Scheckter can't be overlooked with the Junior Penske team. Dixon and Wheldon would seem to be the favorites for P1 (BTW - don't you just love Dan's new choppers?), and Kanaan and Danica will lead the charge for Andretti Green with Helio in the mix as well for Roger Penske. They will continue to trim the cars out as Pole Day goes along and the bravest will take the spot - but perhaps only if they can go out last on the day!

I doubt Milka Duno will be able to crack the Field of 33 and Marty Roth is another one who is questionable. Both will probably find the SAFER barrier at least once and that could relegate them to spectator roles. One or two of the new guys will probably also test the walls getting used to the track and sustained high speeds, but their teams are strong enough to rebound, assuming the parts issues have all been resolved.

Honda will continue its record lack of engine failures, and I'd be very surprised if anyone is disappointed with the action the first week of what promises to be one of the best Mays in many years. Let's hope the fans come back and everyone roots for their favorites regardless of former series affiliation. Let's go racing!
Posted by Jay Alley at 7:17 PM